Unlike North Carolina, where police are expected to patrol public bathrooms checking private parts and birth certificates, it's nice to see New Jersey still has some common sense. 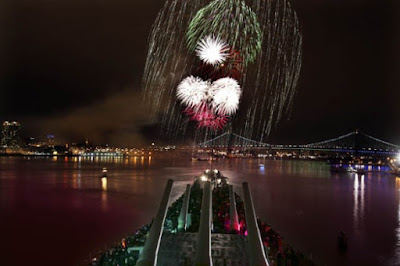 The Pascack Valley Regional High School District deserves a slap on the back for not caving in to the bigots. This school board in Bergen County just adopted a policy that allows transgender kids to use the bathrooms and locker rooms of the gender they identify with, without being "outed" to their peers.

Between one and two percent of people are transgender, based on the best available estimates – roughly the size of the population with red hair. In a high school of 2,000 students, that could be 20 to 40 kids. Imagine what it's like to be one of them, just trying to live peacefully under the radar.

This policy isn't only the decent thing to do. It's also required by both state law and Title IX, a federal law that prohibits discrimination based on gender. Schools can offer privacy screens in a locker room or bathroom that any student can use, but cannot require this only for transgender kids, or otherwise stigmatize them.

Yet whether out of ignorance or prejudice, some still do. They refuse to use transgender kids' preferred pronouns and names, or send them to gender-neutral bathrooms or the nurse's office to change. If caught, they could lose millions in federal funding, not to mention what they'll pay in civil lawsuits –which districts have lost already in California and Illinois.

To prevent such screw-ups, New Jersey school boards are increasingly adopting their own policies for protecting the rights of transgender students. But we can't rely on all 600 districts to make smart decisions. Time for the state to step in, as New York did last year.

Almost 75 percent of the transgender kids in New York public schools say they've been verbally harassed at school, and one in three have been physically assaulted, according to a report by the American Civil Liberties Union of New York. This is already an extremely vulnerable population. One study found as many as 41 percent of transgender people attempt suicide at least once.

After reading the stories of these students, Gov. Cuomo was outraged, and demanded the state do a better job of protecting them. In a scathing letter, he ordered his education chief to produce a written plan of action within seven business days and a report on overall compliance with an anti-discrimination law within three weeks.